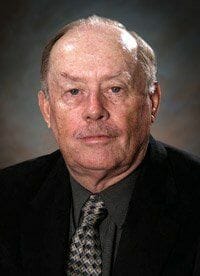 Thomas G. Kelly III law practice emphasizes representation of employers in regulatory challenges by the U.S. Department of Labor and other government agencies.

Yuma attorney Tom Kelly has been an active member of the Yuma community for more than 25 years, including leadership roles for numerous service organizations and charities.

After earning his law degree at the University of Arizona, Tom started his legal career in the United States Navy Judge Advocate General Corps. He then practiced law in Tucson before moving to Yuma in 1990. Tom served as a Deputy Yuma County Attorney for two years and then returned to private practice, helping hundreds of Yuma-area residents resolve disputes and claims through the civil justice system.
Tom is admitted to practice in all Arizona courts, the U.S. District Court for the District of Arizona, and the U.S. Court of Appeals for the Ninth Circuit. He is a member of the Arizona Trial Lawyers Association, a past president of the Yuma County Bar Association, and a judge pro tem in Yuma Municipal Court since 2002.