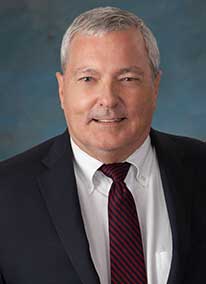 Mike Frazelle has decades of litigation experience representing insurers, their policyholders, corporations of all sizes, governmental entities, and individuals.

Some of the significant matters which Mike has handled include:

Two cases which resulted in further development of the law via an Arizona Court of Appeals opinion and an Arizona Supreme Court opinion regarding Arizona Rules of Civil Procedure, Rule 15. In both cases, the positions of Mike’s clients prevailed.

The prosecution in State Court of a declaratory judgment case on behalf of a commercial liability insurer involving the contractual interpretation of a provision of its insurance policy as applied to a situation involving two claimants with catastrophic injuries where the trial court and the appellate court ruled in favor of the insurer on the coverage issue.

The defense in State Court of a commercial liability insurer from whom payment of a large judgment was sought where coverage was contested and after two appeals from adverse rulings, the final result was an appellate decision that the insurer owed no coverage and had no obligation to pay the judgment.