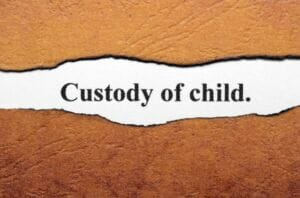 Child custody actions during the divorce process are probably the most stressful of associated events, when parents are unsure of the time they will be able to spend with their children and if they will be safe with the other parent, especially where spouses may be harboring divorce-related resentment.  Many married individuals stay in unhappy home situations so they do not have to worry about a younger child’s welfare in their absence, with the belief that they at least have some control over who may come in contact with their child.  A consultation with a Phoenix child custody lawyer at Schneider & Onofry, P.C.  may alleviate these fears and allow individuals to embrace the changes that are necessary for them to move forward as an individual and a parent.

What is a child custody arrangement associated with a divorce?

The common types of child custody arrangements in Arizona include:

Considerations by a judge in all custody actions will include a child’s age and cognitive ability, parent work schedules, child support needs, educational considerations, community connections such as extra-curricular sports activities, and the ability for both parents to comply with the arrangement.  In certain cases, if a parent is a threat to the child, custodial rights can be taken away, based on court decisions after hearings and reviews are concluded.

How do parents of divorce maintain stability for their children?

Battles involving child custody are best addressed with a Phoenix Arizona family law attorney to avoid negative family impacts and include decisions regarding physical custody of children, timesharing, visitation, household stability and when, or if parents can move out of state.  The focus on maintaining stability in child custody arrangements includes attention to:

What is the benefit of a comprehensive time-sharing agreement in Phoenix AZ?

Family division takes a toll on families, especially children who have to split their time between two households.  It is usually best to make a comprehensive time-sharing agreement that is agreed upon by both parents and file it with the court.  If one parent is not adhering to the agreed-upon plan, it may be best to hire a child custody attorney in Phoenix who can file a formal order to request changes for custody.

Judge determinations. An experienced child custody lawyers Phoenix can advise clients on factors that a judge will consider for timeshare agreements that may sway custody battles in one direction, or another.  They include:

What is a child custody modification?

Experienced family law attorneys in Phoenix can be instrumental in child custody modifications when one parent needs changes to custody, and the other disagrees. It may be necessary to hire a lawyer to effectuate the changes with court approval, because any timesharing agreement, or custody modification has no legal effect unless ordered by the presiding court judge. Modifications are usually requested to address changes in visitation, the impacts of family violence, and situations where parental education is recommended by the court. 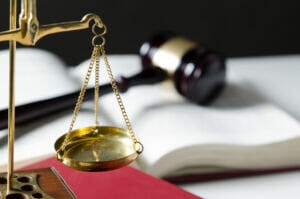 How does child custody in Phoenix impact financial support?

How do unmarried parents in Arizona navigate child custody rules and decisions?

When parents are unmarried and wish to share custody of their children, they have to petition the court for a court-ordered parenting plan agreed upon by both parties.  First, paternity must be established, and then child custody arrangements will need to be made.  A child custody attorney in Phoenix Arizona can be instrumental in smoothing out this sometimes emotionally driven series of events for both parents, keeping in mind the best interests of the children involved.

Arizona fathers have no rights unless paternity is established, so they should take measures to establish paternity early on in a child’s life, giving them a voice in parenting time, legal decision- making and child support orders.  It is not always necessary to go to trial to iron out custody disputes.  Agreements can be made with the assistance of  Phoenix child custody attorneys, and family law mediators and custody documents can be tailored with the input of both parents and presented to the court and adopted as the final order in some cases.

Legal representation is a safeguard for child custody arrangements that consider the child’s welfare and positive exposure to both parents in independent settings.  A child custody lawyer in Phoenix Arizona can explain all parental rights under the Arizona laws, assuring that you know what you are entitled to without agreeing to terms that may be detrimental to your relationship with the child in the long run, or that you may not be able to get out of, such as living in the same place, or keeping a child in the same school district when unexpected career changes dictate otherwise for example.

A Phoenix Arizona child custody law firm is familiar with common issues that parents encounter when they have to split the time of minor children from their relationship.  They can assist in drafting a document that avoids negative issues as children grow and their needs change.  Arizona is in favor of both parents having the ability to exercise joint legal decision-making and shared parenting unless there is evidence pointing to dangers to children, or scenarios that may not be in the best interests of children.

For example, if the unmarried parents have a significant other, or marry a person that may be dangerous to the child, the other parent may try to gain sole custody of the child even though taking a parent’s right away is not something Arizona courts do regularly.  Should sole custody be entertained by parents who mean sole legal decision-making or parenting time with the children?  This is something that should be discussed with the unmarried parents, with input from their legal counsel, and input from older children in some instances that may affect their sense of community, or personal boundaries when a new significant other or spouse is added to the unmarried parent’s equation.  Because each situation is unique and based on the preferences of the parents, in the best interests of their children, an experienced child custody attorney in Phoenix can guide actions in the process by objectively answering any concerns and questions for all parties, and adhering to Arizona child custody laws.

Phoenix Arizona child custody attorneys at the Law Firm of Schneider & Onofry will guide individuals through the benefits of each type of child custody arrangement, assuring exposure to both parents in order to provide a stable foundation for a child’s life.