See a detailed summary of our recent litigation and trial experience.

Chuck Onofry has practiced complex tort and commercial litigation for more than 30 years and tried or arbitrated more than 250 cases.

“I believe in providing clients with frank advice on the risks of litigation and trial, including our perspective on settlement. While settlement is essential to risk management, it is most advantageous when the opposition knows that the client and opposing attorney have no fear of going to trial. I relish the challenge of a difficult case before a jury and am very comfortable taking my cases to trial.”

Over his three-decade litigation career, Chuck Onofry has represented individuals, small businesses, franchises, and more than 100 insurance companies and self- insureds. He has tried or arbitrated more than 250 cases to conclusion while practicing extensively in the areas of premises liability (including dram shop and negligent security), construction defect litigation, motor vehicle liability, motor carrier and common carrier liability, insurance coverage, commercial litigation, and appeals to various state and federal courts.

Chuck is a member of the American Board of Trial Advocates (ABOTA), is listed in The Best Lawyers in America® and Super Lawyers, and has earned the AV Preeminent® rating from Martindale Hubbell®. He serves as a judge pro tem, has published several defense-related articles in DRI’s For The Defense,
has served as casenote editor for DRI’s Compendium on “Spoliation Evidence” for Arizona, and has written and lectured on a variety of topics involving trial techniques. 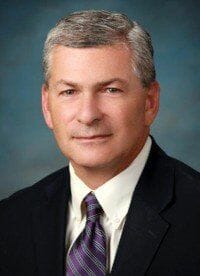 After a five-day trial in July 2018, Chuck Onofry obtained a defense verdict on a $12.9 million claim that an LLC operating agreement created a personal guarantee of the plaintiff’s real estate investment loans and that the defendant acted in bad faith in failing to make member loans to keep the LLCs afloat until plaintiff’s loans could be repaid.

Appeals in Federal and State Courts