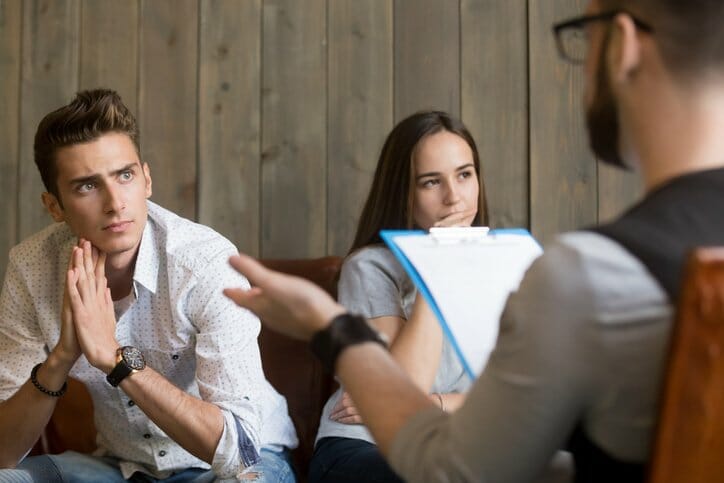 Divorce can happen for many reasons. Couples may get divorced because one partner commits adultery, or when there are situations of domestic violence and emotional abuse, or where one partner suffers from drug or alcohol abuse. However, more couples these days are getting divorced for far more mundane causes. Increasingly, more people are noting that the cause of their divorce is due to social media use. Social media leads to weekly arguments in one in four couples, and social media use can cause increased feelings of jealousy, insecurity, and trouble in a relationship.

Schneider & Onofry, P.C. is a Yuma, Arizona divorce law firm that can help you if your marriage is heading toward divorce. Whether your divorce is caused due to your partner’s emotional or physical affair conducted on social media, or due to your partner’s attention on social media and away from the home, our divorce lawyers in Yuma, Arizona may be able to help.

According to the journal Computers in Human Behavior, researchers found that couples that used social media more often experienced less marital satisfaction, while those who used less social media experienced greater marital satisfaction. According to CNBC, researchers further found that as Facebook enrollment increased, the divorce rates in a given state also increased. It isn’t entirely clear why the study noted this link. It is possible that couples with troubled marriages might turn to online social networks for social support, so it may not necessarily be that social media “leads” to divorce, but that people in unstable relationships may more often turn to social media for support. In another study published in the journal Cyberpsychology, Behavior, and Social Networking found that couples who used the social network Facebook were more likely to experience Facebook-related conflict. The researchers said that further investigation needed to be done on whether Facebook led to emotional cheating or physical cheating.

According to Bustle,
16% of people claim that social media causes jealousy in the relationship. Some partners might snoop on their significant other’s social media accounts, looking for evidence of cheating or an emotional affair. Others just complain that their partner spends far too much time on social media. This can lead to strain in the relationship if one partner feels like he or she isn’t getting attention from his or her partner. Bustle also reports that one in four couples fight about Facebook once a week.

If social media does lead to divorce, anything you say or post on social media can be used against you. If your ex’s lawyer is looking for evidence of cheating, evidence of dissipation of assets (that is, evidence that you spent marital money on an affair), or evidence to support a child custody decision, being aware of what information is available on social media is important. Anything on social media is public knowledge and can be admissible in court. If you have questions about how social media might impact your divorce, you may want to speak to a divorce attorney right away. Schneider & Onofry, P.C. is a divorce law firm in Yuma, Arizona
that works with couples going through divorce for a number of reasons. If social media is the cause of your divorce, you are not alone. Our divorce lawyers can help.
October 28, 2020/by damg
https://www.soarizonalaw.com/wp-content/uploads/2020/10/yuma-arizona-social-media-divorce_5f98b6c658f55.jpeg 483 724 damg https://www.soarizonalaw.com/wp-content/uploads/2021/02/SO-logo-new-2.png damg2020-10-28 00:09:422020-10-28 00:09:42Yuma, Arizona Social Media Divorce

What to Expect When You’re Expecting: A Guide to Securing Your Inheritanc...